Just like the plant, it is extracted from, chamomile oil is quite popular as well. It is often used in aromatherapy, as it is known to relieve stress and anxiety and to help people relax. However, this isn’t the only benefit of chamomile oil. Find out more about the health benefits and side effects of chamomile oil!

Chamomile belongs to the Asteraceae family. It is a low-growing plant with small, white flowers. It is native to Europe and Asia, though it has widely spread to other continents, as well. The most common species of the plant are Matricaria chamomilla (German chamomile or wild chamomile) and Chamaemelum Nobile (Roman chamomile, English chamomile, or garden chamomile).

Both types of oil, extracted from Roman chamomile or German chamomile, mostly have the same therapeutic properties.

Chamomile oil extracted from Roman chamomile is great for the skin, as it helps treat acne, rashes, dermatitis, eczema, dry and itchy skin, as well as various cuts, scrapes, and bruises. It has relaxing properties and it can even be used with babies and children, in order to help them relax when they are irritated or teething; it can also help with colic, diarrhea, and gastric spasms. However, with children, chamomile oil should be diluted, and with babies, very diluted.

On the other hand, chamomile oil extracted from German oil is known to have a calming effect on both the body and the mind. It stimulates the liver and gall bladder, helps with urinary stones, improves digestion, and treats various menstrual and menopausal problems.

This oil can also help improve the condition of red, irritated, and dry skin. It can be used with other skin problems as well, such as acne, psoriasis, or eczema. It is also recommended for skin rashes caused by allergies.

In conclusion, they both have calming effects on the nervous and digestive systems, help with menstruation problems, and improve the condition of the skin. They also help with club feet, restless legs, muscle spasms and tension, parasites, and dysentery.

How to Use Chamomile Oil

In the first case, it can be diffused in the air or even inhaled. You can make a chamomile room spray by diluting 10-12 drops of chamomile oil in 30-40 ml of distilled water. Not only will it help you relax, but you’ll also enjoy its scent: your room will be filled with a sweet, herbaceous, apple-like fragrance.

When used topically, it can be applied directly to the skin, or mixed with a carrier oil (coconut oil, for instance). It can also be useful as a massage oil or in the bath, diluted in the water of the bathtub. Roman chamomile oil helps more with allergies, colic, insomnia, muscle and back pain, bowel disorder, and arthritis. Meanwhile, German chamomile can help with asthma, menstrual and menopausal symptoms, rheumatism, mumps, and measles.

Both Roman chamomile oil and German chamomile oil can be added to creams and lotions. The former can help with burns, sunburns, and diaper rashes, while the latter is used for general skin care and to improve the condition of allergic skin.

Roman chamomile oil can be used as a mouthwash. It is recommended if you’re dealing with dental abscesses or tonsillitis. You can also add a few drops of Roman chamomile oil to your shampoo; this will prove to be useful if you want to brighten and lighten your hair color in a natural way.

Generally, both types of chamomile oil (Roman chamomile and German chamomile) are considered safe, as they are both non-toxic and non-irritant. However, they have a few side effects. If you’re using one of them for the first time, you should be careful with these particular side effects.

It’s best to avoid chamomile oil if you know that you’re allergic to plants belonging to the Asteraceae family. Besides chamomile, this also includes ragweed, marigolds, chrysanthemums, daisies, Echinacea, dandelions, and sunflowers. Just in case, watch out for symptoms of allergic reactions. Common symptoms include rashes, itchy skin, difficulty in breathing, chest pains, or swelling of the lips and tongue. If you notice you’re getting some of these symptoms, stop using chamomile oil and contact your doctor.

Chamomile oil is not recommended for pregnant or breastfeeding women. In the first case, high concentrations can cause uterine contractions which can lead to an unwanted miscarriage. It might also affect the baby if you use chamomile oil while nursing.

When it comes to internal use, it’s best to avoid chamomile oil if you’re taking blood thinners (anticoagulants). If you’re taking any other type of medication, check with your doctor first to see if it’s safe or to decide on the right dosing, because otherwise there might be adverse interactions between your medication and the chamomile oil.

With very few side effects and lots of health benefits, chamomile oil is something you should have in your house! Use it and you’ll get to enjoy both its sweet, refreshing scent and its health benefits! 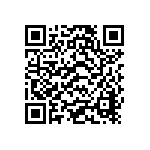 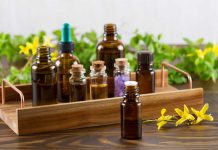 Best Top 12 Essential Oils You Should Not Live Without

Best Top 12 Essential Oils You Should Not Live Without