Infant reflux is a normal condition occurring within a baby’s digestive process, characterized by the splitting up of the stomach contents, soon after being fed. It is a regular eating habit of children under 18 months, because the lower esophageal sphincter, the muscle between the esophagus and the stomach is not fully developed, and the stomach contents may easily flow backward.

The symptoms of the infant reflux are spitting up followed by vomiting, which occurs after a feeding, or even during crying, straining, or coughing.

This condition is triggered by the incomplete development of the digestive tract, by the baby’s lying position, the liquid consistency of their food as well as air bubbles swallowing or, it is just due to fast eating.

Rarely, do the symptoms of infant reflux mark the presence of a more serious ailment, such as allergic gastroenteritis, gastroesophageal reflux disease (known as GERD), eosinophilic esophagitis, or obstruction. So, get prepared to call the pediatrician whenever your baby has difficulty breathing, has blood in the stool, refuses food, spits up a green or yellow liquid, is not gaining weight, or begins vomiting at 6 months or older than that.

When thickening the milk with cereals, you should ask the pediatrician first, so that he provides some medical advice first.

Natural remedies for infant reflux should be learned by parents, as well as by parents-to-be so that you soothe the digestive processes of your child and keep him/her out of discomfort. 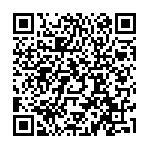