What does it take for a meal to be absolutely delicious? A great deal of the finest ingredients, you might be tempted to say. But sometimes the recipes that become popular throughout the world are actually based on a sound balance of simple ingredients and don’t require the expertise of a chef as far as the preparation process goes.

Good news, right? Such is the case of Beef Stroganoff, a recipe originating in Russia, which has become known around the world. From Brazil to Iran, there are various ways of preparing this tasty dish, and variations of the recipe can even go as far as to replace the key ingredient, the beef strips, with chicken, shrimp, or sausages.

In this article, you will find, however, different ways of making Stroganoff with beef. You can try, of course, the other variants as well, especially if you need to avoid high-fat contents in your diet, but otherwise, it would be rather a pity to miss out on a hearty plate of Beef Stroganoff coupled with a glass of wine!

The recipe is believed to have been in the family of Count Pavel Stroganoff – hence the name of the dish – for many years before it became known mainly thanks to his fame as a gourmet. Originally, the recipe included sautéed beef cubes, served with a sauce made of mustard and bouillon, and completed with a little touch of sour cream.

Over time, a ‘classic’ beef stroganoff recipe has also come to include onion and mushrooms and has come to be served over rice or pasta.

Put 1 tablespoon of olive oil into a pan and melt 2 ounces of butter over low heat. Cut one carrot and a medium onion into small cubes and cook them in the pan for about 3-4 minutes. Add one crushed garlic clove and cook for another 1-2 minutes. Take about 5 ounces of mushrooms and slice them.

Add them to the pan and cook gently for 5 minutes. Mix the beef strips with 1 tablespoon of ground paprika and stir fry in a different pan over high heat for 2 minutes, until the meat turns brown. Add the vegetables, bring to a simmer and cook for 2-3 minutes. Add another ounce of butter and stir in 2/3 cup of heavy sour cream.

Be careful not to let the mixture boil. Season with salt, pepper, and dried thyme. In the meantime, cook the rice with 2 cups of water in a medium-sized pan until the liquid is absorbed. Add 1 ounce of butter and 1 pinch of salt. Serve the stroganoff spooned over the rice. Bon appetit!

Cook the mushrooms, 2 sliced onions, and 1 chopped garlic clove in butter over medium heat. Stir occasionally, until the onions are soft, then remove the vegetables from the pan. In the same pan cook the beef strips until the meat is brown. Add 1 cup of the broth, salt, and Worcestershire sauce, and heat to boiling, then cover and let it simmer for about 15 minutes.

Add the vegetable mixture, boil and stir constantly for 1 minute. Pour the sour cream, and stir until hot, but do not let it boil. Meanwhile, cook the noodles with a little bit of salt in a pot of boiling water until they turn tender. Drain the noodles, toss with 2 tablespoons of butter, and add salt and pepper. Serve the stroganoff over the noodles; top with more sour cream and chopped parsley.

Brazilians like it with a lot of meat and tomato sauce. Another key ingredient used for Stroganoff in Brazil is their “Crème de Leite”, instead of the classic heavy cream. They usually serve it with potato sticks – as in Russia – and rice.

In Finland, a normal ingredient found in stroganoff is diced brined pickles.

The Japanese like to serve it with white rice, but they can also add small amounts of soy sauce. As you can see, Beef Stroganoff is a very popular dish that can be prepared in numerous ways. Why not trust the culinary instinct of so many peoples over the world and try it today – in whatever form you’d like! 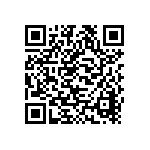 Add Color to Your Health: A Heartfelt Advice

Add Color to Your Health: A Heartfelt Advice